Ya gotta love technology – even if you don’t, you must admit that at the very least, you’ve been impressed by it at some time or another.

Recently, while having coffee with a friend at the Common Grounds, our conversation turned techno talk. While sipping his double shot, dark roast, pore-over he told me about the latest marketing technology that Coca Cola introduced for the holidays. Admittedly, even I was impressed. My buddy specializes in holiday events and is coordinating a party catering Niagara. He is in the know about all things food and beverage.

He had just placed an order for the limited-edition bottles of Coca Cola featuring electronic bottle caps that record a 30 second message to whoever twist it open. He was holding out hope of getting his hands on a few since distribution was mainly in Europe and beta marketing predominantly in Italy.

However, his excitement wasn’t tempered by the long-shot since he knew eventually he would have them for another future event. His mind was over the moon with ideas on how to use this way cool technology for weddings, birthdays, anniversaries.

While I’m not a cola consumer myself, I’ve always been blown away by the creative marketing offerings of Coca Cola. Decades of innovative, entertaining ads that bring consumers together to buy their products by the billions shows pure genius. I would purchase a bottle of Coke just to have the latest technology. I’d play with it – give it as a gift and eventually store one on a shelf as a collector’s item.

Although this site is mostly about phone cards and the advantages that come with them, I veer off on tangents that include other impressive electronic consumer items. My readers understand this because otherwise the world grows too small. Communication is the bottom line of everything I deliver. That being said, the new phone technology available is over the top and never ending.

Wi-Fi or Why bother?
Having a relationship with a specific telecom carrier is an option you may want to forego in the future. The phone of the future can be connected to a wi-fi network with or without the parent carrier company being involved. No longer chained to a certain plan or limited minutes we can connect with your home or business computer. Soon coffee shops and other public places will make a wi-fi phone ubiquitous. 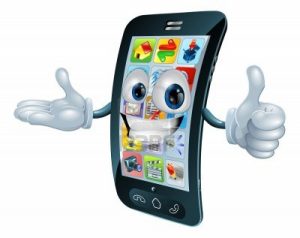 While this option has been around for a while the number of merchants on board with it are low in number. Cellular electronic payments are a good idea, but slow in coming. Adaptation and the fear of hackers are two reasons why this phone technology hasn’t run a fast race. However, we almost always opt for convenience and the technology is getting slicker. So look for a future of pay by phone with more of your everyday suppliers.

What’s old is new again
Remember the touch pads on your old Blackberry? As it turns out a lot of people like that tactile feel of typing on a miniature keyboard. The newer touch screens don’t give the end user the same satisfaction, so expect a choice in newer models to come with a sense of a touch type click keyboard.

The phone industry is looking to please. Personally, I think they are having fun, but their shareholders look at it from the perspective of what is going to make them the most money. Both ways the fun is in the hands of the consumer.

Leave a comment below and tell me if you’ve heard of any brilliant ideas lately that make you wish you had thought of them.